I have a confession

Ok, so I have a confession. I haven’t lied intentionally, this is something you have to understand. What I seem to have done is reached the age, where you forget your age. Please know that this was also a revelation to me! Be safe in the knowledge, I wasn’t holding onto my youth, or trying to impress, I am just useless and forgetful!


My birthday was in July, I had a lovely time at home with family and friends in the UK, nothing strange there. So fast forward to December and Christmas of 2017. Sitting around with family, when my sister decides to drop the bombshell, I mean I am not even sure she realised that she was about to blow my mind as much as she did. You see we were just chatting about stuff, nothing exciting, when I mentioned my blog/social media and my age. Here is where the shit hit the fan! My sister was like, “Oh yeah, you keep saying you are 37, but you are 38!”. You can imagine I was shocked to hear this.  I argued that this wasn’t true, couldn’t be true. However my brother in law then piped up with “Well I am 48 and exactly 10 years older than you, so that definitely makes you 38!”. You see, my brother in law’s birthday is the same date as mine, only (you guessed it) exactly 10 years earlier! At this point I had to give in and agree I was probably wrong then. I am really not sure how I did this, I mean did I have a long sleep, or am I really just getting old?

So I am now coming to terms with this news, as shocking as it is I have to accept that this year will fly, as I have missed 5 months of 38 already, sad face. I am also closer to a milestone birthday; 40! They do say life begins at 40, so here’s hoping it is a good thing and I will not just get even more forgetful or I might actually forget my birthday altogether. I don’t suggest you Google “getting older and forgetting things”, it will bring up all kinds of Alzheimer related stuff, which will frighten the cap out of you. I will just go with it being a busy year and that is why I forgot how old I was. Or that I feel way younger than I am. I would say that I look younger, but I am not sure, especially when I look in the mirror and my mam looks back. I know that there are loads of famous people who look amazing at 40, but I also don’t want to inject all sorts  of lethal shit into my face either. I will grow old disgracefully and naturally, as was intended. Wrinkled was not one of the things I wanted to be when I grew up, but I would rather that than being a emotionless cat! Or having exactly the same face as everyone around me.  I won’t even go how I managed to go to running an hour late on Monday, after rushing my dinner and everything, cue eye roll!


So, I am now off to embrace my 38th, if somewhat shorter than normal year. 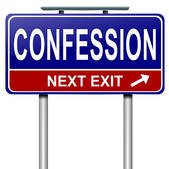