Flashback, as I am not prepared to give up the memories

Due to some tech issues and the fact I was wanting to let the memories I was making sink in and enjoy them, this post is a bit of a flashback to my journey home.


I am here again, travelling around like a donkey, I am carrying so much stuff. I must say I now have muscles like you wouldn’t believe and a new found respect for disabled people who have to travel on public transport, especially in London. Have they never heard of lifts? Even a few more escalators would help. I have lugged about my all-important laptop, Ipad and huge bag, which thank god has wheels, all over the public transport system of London. Don’t even get me started on the underground, what a mare! I am not sure if it is simply the name which fills me with dread, I mean I don’t need to know I am underground, I can work that one out for myself, by the simple lack of daylight. I really hate the fact it feels so claustrophobic.


I feel  I did so well though, I am not sure if you do this but I counted the stops I needed so that I would get off at the right time, panicking even though I knew I wasn’t there yet. Nothing quite like the panic of a crammed train in London’s rush hour and you needing to exit to scare the crap out of you! My pulse definitely speeded up as we pulled into the station. I am so pleased that I am a Northern female, as this meant I wasn’t scared to ask the random strangers if I was on the correct platform when I scaled the stairs and tripped over my own bag several times. This was because, I was of course on the wrong platform, so back up the stairs and over the bridge thing I went.


Boarded yet another train and was on my way to Kings Cross, which was still not my final destination, but I was so happy to see it as it meant I didn’t need to run around London anymore.  I mean I really don’t get these people who run for a train and then pass several doors to board and risk missing it, I was there way too early, but was happy as I am so excited to be going home for Christmas. I know my mam, dad, family and friends are waiting at the other side of the train journey. I could pee glitter!


I feel really posh, as I am in first class, I know this isn’t such a big deal to some people, but it is to me. I am a simple person, who is happy and impressed by simple things and a shout out to Grand Central and it’s direct service from Kings Cross to Sunderland. Your first class is well worth it and added a touch of pleasure and happiness to my journey.  I say this, as I have just paid over the odds for a small bottle of prosecco, as I feel I am worth it and today is worth celebrating.


I love people watching on trains and even making up stories about the lives, destinations and relationships of fellow travellers, I am not sure if I am the only one that does this? So far there’s a lovely gay couple, who have eaten most of the buffet cart, who I have decided are madly in love, so much so one has moved from the North to the South in the pursuit of happiness and they are going back to spend Christmas with his family and friends. They have obviously been together for ages by the sarcastic responses and sometimes no response at all. A foreign student , who I have decided is studying so hard, she can’t go home for Christmas, so is going to stay with her uni friends. A really confused woman, who like me has never been in first class before, but wanted to treat herself. A pair of young lovers, who I think are celebrating their first Christmas together. The list goes on. I am basically entertaining myself, but people are the best entertainment for me.


I am so excited for what Christmas and New year have in store for me this time around. I am literally like a kid at Christmas. 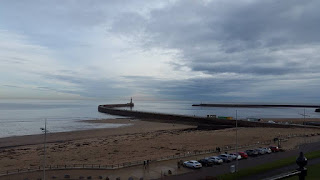