What a shit day I am cursed

As you are aware I should now be in the UK! Only I am not, no you read right, I never made it. :( I decided to write this now I have calmed down and the disappointment has slightly subsided. I do sometimes wonder if there was ever a movie made about my life what I would call it, I am thinking “What did I do so wrong in my previous life?”, as I was obviously evil. If I didn’t have bad luck I would have none.


I made my way in plenty of time, via 2 trains and a bus to the airport, travelling through the length of The Netherlands. I was so looking forward to this trip, some time at “home” in the UK. The ease of speaking your first language and seeing sites, foods and brands that are typical of home. Meeting with friends to participate in a VIP night of food, drinks and football, including the fella who was there waiting for me.


Check in went amazingly well, all of my belongings went through without any searches, as did I. Don’t you just love the position you have to stand in for the revolving door/ x-ray machine. I am sure this is only for the fun of the security staff really. The fact that no matter how organised  I am and how little clothing, etc. I have to remove for this process, I always end up juggling my belongings and convinced I have lost something, or left it behind in the trays. You can see everyone is convinced someone else will steal their trays, there is like a queue of vultures waiting at the other end of the conveyor belt. The sheer panic on people’s faces when one of their bags/cases is separated from another tray of their items to be inspected. I don’t know if it just me, but you end up paranoid too at security and you end up trying to act cool and normal, even though you are now probably sticking out like a sore thumb and not even guilty of anything.


Even passport control was fast and efficient, things were going well, possibly too well, looking back I should have known this was all about to go tits up! I went and bought some presents to take to people waiting in the UK, was tempted by the Irish bar, but resisted. All was going well, I bought a bottle of water and made my way to the gate. At the gate there was no plane, but there was still time for it to get there, so I enjoyed the free Wi-Fi and sat and waited and waited and waited.  No plane came and people were getting restless, I was still hopeful for a small delay, due to fog. Then people started to say that the flight was cancelled on the website and all hell broke loose. It was like the blind leading the blind, thanks to the unhelpful staff. We had to walk all the way through arrivals, passport control and back to the start. New flight booked, checked in and through security, where this time everything got searched and opened, etc. Great! Juggle everything, re-pack and back to the departures, this time I was definitely paying the extortionate prices for a pint of cider, ( I am a classy bird, I know) and why the hell not throw in a packet of salt and vinegar crisps too for good measure, desperate times and all. I was feeling more chilled now, so that was better.


Back to the departure gate, sit and wait for the new flight, with hope in my heart, I mean this couldn’t happen twice, could it? Oh yes and it was literally the same, apart from this time there were absolutely no staff to ask anything! Off we all set for the very long walk back through arrivals, passport control and back to the desk. I don’t know if you have ever been to Schiphol airport, but it is big. I had walked over 10km by this point. Coat on, off, on and off, the will to live ebbing with every step as was my optimism that I was going to make this one off night in the UK. The excitement of visiting the Christmas market, starting to look like an empty dream.


We were faced with a rather large queue on arrival at the desk, I was also turning into the Pied piper, as a lot of young English couples were following me. I didn’t mind, when the shit hits the fan you have to stick together and help each other out. More waiting, at this point I had left home 11 hours ago and was still going nowhere, apart from round in circles. I might even start giving guided tours of the airport, now I have an in-depth knowledge of the place.


I was angry, but mainly disappointed, like crushed, so emotions were running high. Along comes a guy, the queue was now about 200 people deep and asked if he could just push in as he had a connecting flight? I am all for helping each other, but we were all in the same position and I didn’t fancy a full-on riot with those behind in the queue, so politely declined and he gave in and returned to the back of the queue.


I was second in line now, all was going well, until a couple with a pushchair asked where the queue was, we showed them where the end of the queue was and away they walked. A few minutes later the woman came back and used her pushchair like some kind of weapon to try and push her way into the queue. The lady in front of me was looking, as were more people behind, including me. Pushchair woman (I don’t obviously know her name, so to save confusion this is now her name) looked at me, no idea why, maybe it was the steam coming from my ears and said  in English, “I only want to ask a question”. To which I replied “And so do we all, everyone here needs answers to know if they can fly. “ Then she replied with “But I have a child!”, “I know”, I said, “ But so do others and they are also queuing, we all have places we need to be”.  “Yes, well I was supposed to fly at 2 o’clock” was her comeback, “Me too, I have been here since 10 o’clock and as pointed out before there is a queue and the end is over there (pointing) and you will need to wait, like everyone else”. Now don’t get me wrong, I am a reasonable person and can understand that having kids is something to consider, but (and here is where I am sure I will face some backlash)  for the following reasons I was having none of it.


A, The way in which this woman had spoken wasn’t in a nice, friendly way. This works against anyone with me.


B, I am 37 and without a child, I am used to being made to feel “different”, even “weird” because of this and having a child does not mean you have all the rights to everything above me.


C, We were all in the same boat, her journey was no more important than anyone else’s.


D, As mentioned above there were people behind me in the queue, hundreds now, who all had to wait and it was unfair on those who had done this fairly. ( I am British and I love a queue).


E, I had been up for hours, was stressed, tired and knew that it was likely I wasn’t making it to my overnight stay in the UK, that I had waited all week for.


G, For the following, at this point I should point out this conversation had happened in English (my mother tongue) ….


Pushchair woman turned to a couple, who were standing in the second queue, who had by the way defended her and yet not let her push in front of them! As she turned to them she started to slag me off in Dutch, I let them go on. Her calling me a selfish cow basically, then I said to her calmly and purposefully, in Dutch, that I spoke Dutch too and whatever she had to say she should say to my face. This had now boiled me pee and got on the very last nerve after the shitty day I had had, not to mention pushed my ultimate “You are a wanker” button for disrespect. Her face was a picture when she heard, as was the couples, who were still defending her and yet still not letting her in front of them. So I told her how rude she was, that everyone here was suffering and had been here for ages too and that should the couple agree so much with the fact that she needed to be let in first, as she had a child then why didn’t they do so. Nice move if I do say so myself, as now they had no choice. The man then said “I have a child who is now 35!” I had no idea what that relevance was so just came back with “And I was once a child!” not even sure why, but I was so annoyed by this point. Isn’t it funny you think of the best responses after the event ha ha.


Pushchair woman was seen before the couple, the young English couples thought I was great for standing up for myself and us and I was almost at the front of the queue. When I got to the desk I was told there was no flights that they could guarantee for me, no staff or management from the airline I could put my complaint to. So off across The Netherlands I went, 2 trains, 1 bus, 1 can of beer on the train and weird looks from people obviously thinking I was an alcoholic and 15 hours later I arrived at my front door. I got in cried, poured a gin and was consoled by my family and friends, which eased the pain a little. I unpacked my suitcase and realised that Twitter really shows how great, or bad customer service really is within a company.


So today, I am hiding from the world and having a relaxing day, after yesterday shitty, draining experience. I am thinking Christmas movies and cups of tea, you can take the girl out of Britain, but not Britain out of the girl. Queues, tea, Irish bars and gin make me happy. 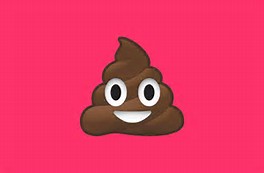