So I am sitting here after having 2 interviews today and it’s not even one o’clock! How you wonder have I managed to do this already I hear you ask?!  (probably not, because if you work half of your day has already gone. For those like me seeking work, this is still early to have achieved) .


Well because now that we are being taken over by the digital age, which seems to have made us more judgemental, the world introduced the dreaded video interview. I mean come on which sicko thought this was a good idea? I can tell you that talking to yourself does get you institutionalised (even when you give yourself the best advice) and is still frowned upon. As is looking at myself constantly while talking and wondering if I look that weird to everyone? Whilst thinking it’s a miracle I have ever had friends never mind being laid.


I mean god no one really can prepare you for a video interview, yet this one was doubly cruel as you couldn’t re-record the answers, so it is fair to say I have cocked it up! I had done a video interview previously and you could re-record to your hearts content, so was lulled into a false sense of security with this one.


The first interview that I had was amazing, there was other people there for a start, so I got feedback, reacted to their body language, etc. You know like really old fashioned shit, contact with real people. I mean some people get interviews solely on their CV’s and have zero personality, just because I am not the next Zoella, does this make me less of a serious candidate?  I mean I look better in real life, but should a job be given based on looks and the ability to video your own head!!! I think the world has gone mad. When people say we will be taken over by robots, I am forced to agree, because this is effectively the beginning.


I also can’t help thinking, as I eat my Dutch version of Pot Noodle, (old school to the core, comfort food), do I want to work for a faceless company. One who can’t be bothered to sift through CV’s and make real choices, based on real facts. Instead settling to look at someone to see if they “fit in” to their companies profile. To see if they are attractive enough to sell their products? I think I know this answer, the answer is no! I stick by what I have said and thought for years, some people are just good in interviews (look good, can talk the talk) and others prefer to prove their worth. Just a shame so few companies and recruiters, don’t see that and never will. 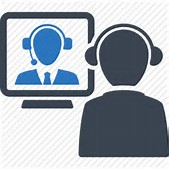 So as you probably guessed, the face to face interview led me to be offered something and I can confirm the video interview went tits up at the first question!