I HOPE YOU SHIT PINEAPPLES FOREVER 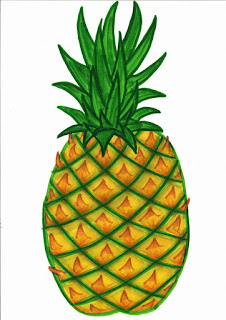 The irony of yesterday’s post, the feeling that social media is overtaking our lives. I am still fuming!


So last night I went for a nice meal, with the fella, in a place called Den Haag. I was so excited to have Indian food, because there aren’t many Indian restaurants where I live. You know the majority of us Brits love a good curry. We had our food and I really enjoyed it. Then everything went tits up.. literally if the following bullshit story is to be believed.


I was walking out of the restaurant, fella leading the way. I looked to my right and some curly haired guy was videoing me walking out of the restaurant, literally following my every step with his camera in my face. I couldn’t quite believe it. Then the guy ran around the table to show his friend, laughing about it all. Which made me somewhat annoyed. So I told the fella what had happened and went back inside. I asked the guy politely why he had videoed me and if he could delete it. To which he refused several times. His stance was that he WANTED to video me (so in his eyes this was completely fine and normal), because his friend had flashed her tit and then he recorded me walking out at the end of that clip (weird and nonsensical I know). I asked him again to delete it and again he refused.


Now those of you who know me, (especially my gay mates) will know I have nothing against the whole LGBT community. I am of the belief that if you don’t hurt anyone, then please feel free to do what makes you happy and you find twats in all walks of life, people cannot be labelled. However, this unpleasant piece of shit thought him being gay gave him the right, not only to video me, but also use my gender against me. With comments like “Go outside and have your period”, very mature and intelligent. Totally unacceptable, disrespectful and sexist.


This complete dickhead also reckons that it’s completely legal to video people, as long as you don’t post it on social media. I mean let’s face it you would video your mate getting her tits out, just for your private collection.


When I tried to appeal to his (non-existent) kinder side, I asked “How would you feel if some stranger videoed you and you didn’t want them to? “ to which he replied “Well I am secure with myself”. So let me get this right, this cockwomble is not only justifying his actions and judging my gender, he now also thinks he can prejudge how comfortable I am in my own skin?! I don’t fucking think so. Can you imagine if I had done that to him because of his gender and choices!!


Well the argument ensued and both me and the fella felt crap for the restaurant owner, innocent in all of this. I was also at the point of tears, which is dangerous, because this happens when I am angry and can’t get out my frustration. So I said “You are obviously a child with no morals. Let him keep my video”. This wasn’t what I wanted to do, but I also didn’t want to bring myself down to this bellend’s level.


I just can’t believe that now you are out there for people to take advantage of. Use and abuse for their own and their followers pleasure and entertainment. That people have no respect for others and their wishes. That people are so selfish they only think about their end gain and not the feelings of others. Some people may think I am overreacting, but I do not want videos of me, unseen by me, put onto other people’s (strangers) social media, etc. It is not OK!


I do however feel, that although the outcome was not satisfactory for me, me and the fella dealt with it in the best way. Especially my mature parting shot; “I HOPE YOU SHIT PINEAPPLES FOREVER”.